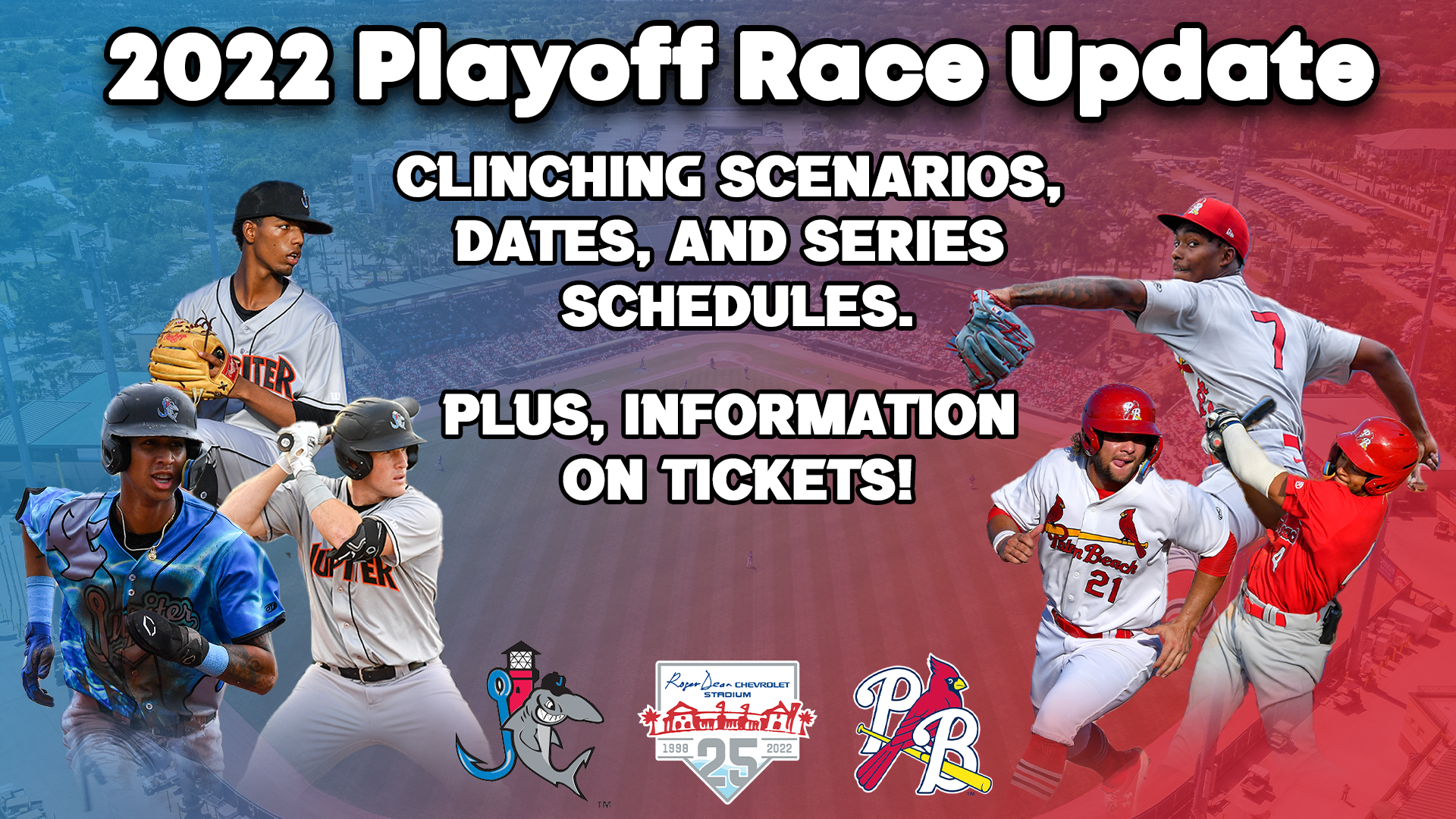 The games loom larger and carry more stakes than ever before in 2022.

The Palm Beach Cardinals and Jupiter Hammerheads are in the race for a postseason berth in 2022. As a reminder to fans, the following procedures apply for the upcoming postseason at Roger Dean Chevrolet Stadium. While one RDCS team will qualify, no scenario exists where both teams would advance to the playoffs.

Florida State League uses the half-season system to determine playoff spots. Meaning that the Division Championship Series is set between the first-half and second-half winners in each division.

Both of RDCS’s teams play in the FSL East division, won by the St. Lucie Mets in the first half. Since June, the Cardinals and Hammerheads have been fighting each other as well as the Daytona Tortugas for the second postseason spot in the four-team division. As of September 1, Daytona was mathematically eliminated from the playoff race, guaranteeing that either Palm Beach or Jupiter will take the remaining playoff berth.

Game 1 of the Division Championship series is set Tuesday, September 13. That game will be at RDCS. The series will then shift to Clover Park in Port St. Lucie for Game 2 on Thursday, September 15, before an if-necessary Game 3 matchup is held on Friday, September 16.

The League Championship Series will follow between each division’s winner, with Game 1 scheduled for Sunday, September 18 at the FSL West winner’s home park. The league champion will be crowned at the FSL East team’s park on either Tuesday, September 20 for Game 2, or if necessary, Game 3 on Wednesday, September 21.

Tickets for the Florida State League Playoffs will go on sale at a future date to be determined. Prices will be set at $14 for adults and $12 for children and seniors. All playoff games will be included for season ticket holders at no additional cost.

All dates, times, and additional playoff information is subject to change. Updates will be provided to fans as they become available. For more information, follow RDCS on Facebook and Twitter, or call the ballpark at 561-775-1818.

Back to the top